Welcome to the Beam Me Up Science Fiction Book Club blog!

“Some who have read the book, or at any rate have reviewed it, have found it boring, absurd, or contemptible; and I have no cause to complain, since I have similar opinions of their works, or of the kinds of writing that they evidently prefer.” J.R.R. Tolkien

“By Grabthar’s hammer, by the suns of Warvan, you shall be avenged!” Dr. Lazarus of Tev’Meck

All are welcome to join us at our monthly meetings. This is us and this is what we will be reading and discussing.

A chip off the old executioner’s block

On the fate-filled day of 9/11, what normal folks would gather to discuss a book about Death?  Well, no one has ever accused the Beamers of being normal, and neither are the books we read.  To counter the sadness of the day, what we chose was Mort by Terry Pratchett, a coming-of-age tale about an awkward young man who gets an unusual apprenticeship with the Not-so-grim Reaper.  Would it tickle our desperately sore funny bones or would our grins be more on the skeletal side?

[Note: Emmet Asher-Perrin is leading a re-read of Mort on Tor.com, as part of their Sir Terry Book Club series. See Part 1 here.]

END_OF_DOCUMENT_TOKEN_TO_BE_REPLACED

The Beam Me Up Science Fiction Book Club will conduct a Zoom session on Aldous Huxley’s Brave New World, for the time being continuing its tradition of discussing easily accessible books in this time of COVID-19.

The Beam Me Up Science Fiction Book Club will conduct a Zoom session on Terry Pratchett‘s Mort, continuing its new tradition of discussing easily accessible books in this time of coronavirus.

Please join the Beamers on Zoom on Friday, September 11th, at 7 PM Eastern.

Mort should be readily available from your favorite new and used book stores in hard copy, as well as in e-book and audio formats from your local library.
END_OF_DOCUMENT_TOKEN_TO_BE_REPLACED

In the topsy-turvy year of 2020, the Beamers electronically gathered to look at the “future” of 2002, a world made and re-made by the dreams of one man, George Orr, the protagonist of Ursula Le Guin’s small gem, The Lathe of Heaven.  Not minding that the title is a mis-translation of the original Chinese epigraph, the Beamers were anxious to whirl away at the characters who faced off in this battle of the unconscious minds.  Did we find a pleasant night’s rest or did we wake up from a nightmare?

END_OF_DOCUMENT_TOKEN_TO_BE_REPLACED

The Journal of Tolkien Research has a special issue examining the similarities and differences of the conservative religious J.R.R. Tolkien and the liberal atheist Joss Whedon.

The editors even suggest a comparison can be made between “Tolkien’s language-creation project and the verbal pyrotechnics of Whedon’s Slayer slang.”

Thank you to the Duke of Numenor for bringing this to our attention.

The battle of the burrows

According to Sian Cain in The Guardian, a recent fight over the rights and fees for Richard Adams’s fanciful tale of cottontails on the run, Watership Down, has been settled in favor of the Adams estate. The controversy began when Martin Rosen, the director of the 1978 animated adaptation of the novel, asserted that he held all the rights to the work and began collecting fees for other adaptations and failing to pay fees for use of the novel in making the 2018 BBC/Netflix mini-series version (on which Rosen was an executive producer).

The British court ruled that Rosen owed the Adams estate $100,000 in unpaid copyright payments and possible future fees after Rosen submits a complete record of all the copyright arrangements which he contracted while wrongly asserting the rights. Additionally, he was assessed £29,000 to cover the court costs and the estate’s legal fees.

Juliet Johnson, managing director of the estate and one of Adams’s daughters who heard the original rabbit rousing on family car trips, expressed relief that the rights fight was over:

We can now look forward to the future and develop new projects that honour the powerful and pertinent messages of Watership Down about the environment, leadership, and friendship.”

On the various interpretations of the book, Ms. Johnson prefers to keep it simple: “It’s not meant to be a parable. That’s important, I think. Its power and strength come from being a story told in the car.” Clearly, she has not read our notes on the novel.

From author John William Houghton, an old friend and classmate:

It was, as you may know, an established custom in The Shire for hobbits to give, rather than receive, presents on their birthdays.

In accordance with this venerable practice, I have arranged for the revised Kindle editions of Rough Magicke and Like a Noise in Dreams to be available free of charge from midnight (Pacific Time) tonight through my actual birthday on the 24th and on until midnight Sunday.

Rough Magicke – It’s almost Halloween in 1992, as Fr. Jonathan Mears, chaplain at Indiana’s famous Annandale Military Academy, looks into a report of cadets practicing so-called “magic” in Main Barracks. His investigation makes him witness of a very real ritual, one aimed directly at him and his family. Over the course of the following three years, repeated eldritch encounters drastically redirect the course of his own life and indirectly change even historic Annandale itself. A remarkable witch’s brew of supernatural, Christian, classical, and scientific arcana, concocted at an all-too-real midwestern prep school. END_OF_DOCUMENT_TOKEN_TO_BE_REPLACED

A tragedy of errors

With the heavy warmth of a July evening draped about them, the Beamers trekked into the far north in quest of The Broken Sword, a Norse/Celtic-flavored fantasy by Poul Anderson that details the entwined tragedies of unhappy twins Skafloc and Valgard.  Would the bracing blasts of cold enliven the discussion, or would the foreboding atmosphere of doom bring it to a suitably strangled end?

END_OF_DOCUMENT_TOKEN_TO_BE_REPLACED

The Beam Me Up Science Fiction Book Club is conducting a Zoom session on Ursula Le Guin‘s The Lathe of Heaven, deferring once again to the reality of COVID-19.

Please join the Beamers on Zoom on Friday, August 14th, at 7 PM Eastern.

The Lathe of Heaven is readily available from your favorite new and used book stores in hard copy, as well as in e-book and audio formats from your local library.

The novel received nominations for the Hugo and Nebula Awards and won the Locus Award for Best Novel.

Le Guin has received numerous accolades, including eight Hugos, six Nebulas, and twenty-two Locus Awards. She was the second woman honored as a Grand Master of the END_OF_DOCUMENT_TOKEN_TO_BE_REPLACED

Just ahead of the Beamers tackling one of the 20th Century’s most prolific and awarded sf/f writer, Poul Anderson, over on Blackgate.com, Mark R. Kelly provides another of his lovingly detailed re-reads of a sf/f classic, in this case, Mr. Anderson’s early novel about an intelligence booster affecting all life on Earth, Brain Wave. Published in 1954 (just after his fantasy, The Broken Sword), Brain Wave was recognized as a significant and ambitious work for a new writer, posing the question of what happens to human civilization if every creature on Earth, human or otherwise, has a boost to its intelligence that raises us all to “genius” levels, or above.

Though not a winner of awards, Brain Wave has kept its place as one of Mr. Anderson’s more daring and developed speculative works, alongside his cosmic, universe-shattering (literally) starship novel, Tau Zero. Does Brain Wave still impress, these days? Mr. Kelly thinks so: “Except for certain sexist attitudes, it holds up well, and its theme about tradition vs. progress is as relevant as ever.” We can hope that our reading of The Broken Sword will also prove it popular with contemporary readers, as well. 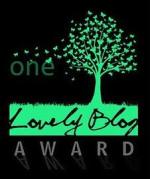